The Stag is, simply put, a gigantic Stag Beetle who acts as Jakkal Un's avatar and companion on earth. The Stag's purpose is to appear to those deemed worthy, and gift to them +10 luck. The presence of the Stag can be detected, or at least his incoming arrival, but the deep, ground-shaking hum he makes whilst flying. 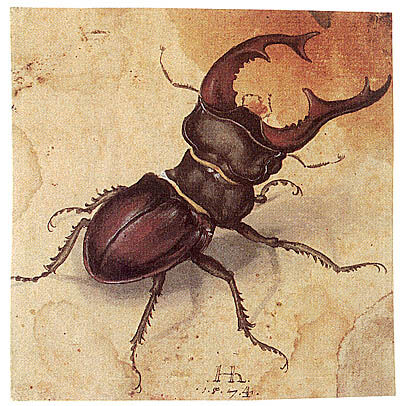 In all honesty the Stag, whilst acting as avatar and guardian of Jakkal Un and his wisdom and treasures, is often used as a form of transport for Jakkal Un to arrive on. The origin of the Stag is debated; some say it came into being when Jakkal Un first landed on the new Eden, bursting from the dirt beneath his feet; others say Jakkal Un created it on a day when he had to walk his walk but had also deemed a mortal worthy of his luck.

Community content is available under CC-BY-SA unless otherwise noted.
Advertisement